Kid’s foot differs in anatomy, shape and function from adult’s foot: The shoe design must be completely different. 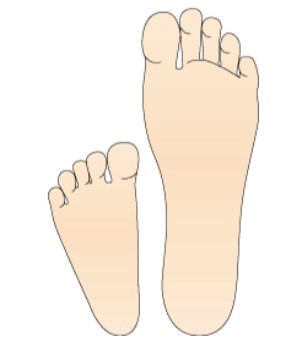 Do you want healthy feet for your kids? Please read on…

Foot problems are extremely common. The majority of them have their origin in childhood.

98% of us are born with perfect healthy feet, yet by the time we reach adulthood, many of us suffer from various kinds of foot problems ranging from corns and calluses to bunions, deformities, blood-circulation problems, low arches and worse. Not to mention ankle-, knee- and back-related pains, many of them having their origin from feet.

In countries where people don´t use shoes, the foot problems are very rare.

Dr. Staheli said that in Western nations, kids must often wear shoes to protect against hot pavement, snow, broken glass or the occasional stray hypodermic syringe on the sidewalk, among other things. He believes that the more closely a kid’s shoe resembles the barefoot state, the better. Furthermore, he says there is no evidence that corrective shoes correct anything – the supposed deformities correct themselves in the vast majority of cases. Many adult foot ailments origin in the childhood and often lead to problems in other parts of the body.

Healthy feet have 26 bones, most of which, at birth, are just soft cartilage. During childhood, these bones begin to ossify (harden) and are not fully developed until late teens.

It is, therefore, very important during these formative years to look after kid’s developing feet as they are very sensitive to pressure, and can easily adopt the shape of a shoe that doesn’t fit properly which can then prevent the foot from developing naturally.

Many people believe that “arch support” is an important contribution from shoes. Lately, an increasing number of researchers and doctors are challenging this assumption. 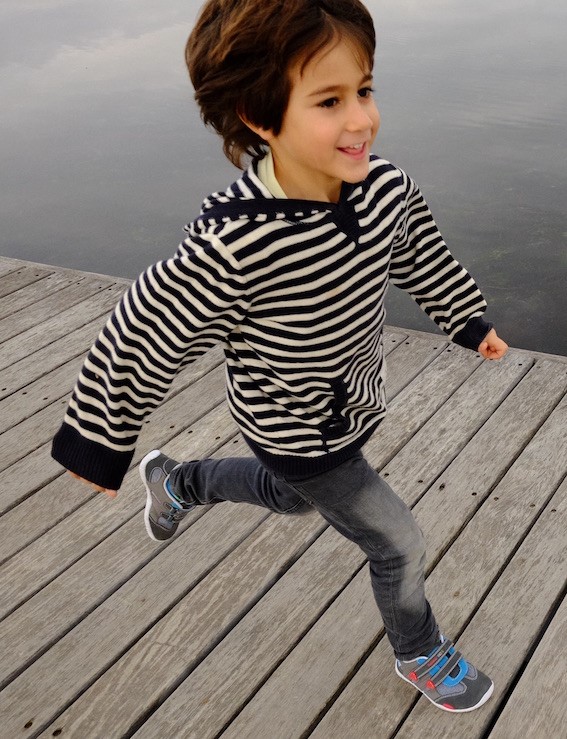 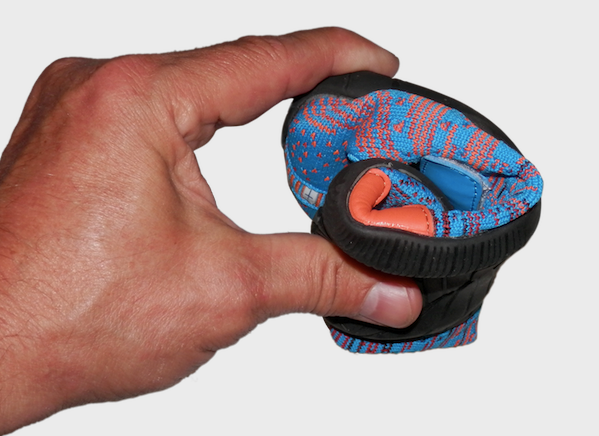 A kid’s shoe should be lightweight, flexible and shaped more or less quandrangularly, like the kid´s foot. Above all, the shoe should not have the arch inserts or stiff sides. And whenever the ground is safe enough to do so, parents should allow their children to go roam around unshod.

The humans have been walking barefoot millions of years. Only thin leather wrapped “shoes” were used for protection. Our foot evolved going barefoot – not with stiff, supported and heavy shoes. So it´s logical we should use shoes to mimic the leather wrapped ones.

Feelmax® spent more than 3 years in developing new kind of shoe construction for kids, made to fit their feet, not just miniaturized copies of adult shoes. Designed to be the healthiest shoes for growing feet, and made according to doctor´s recommendations. See the Feelmax shoes for Kids from our webshop.